On Thursday 8 December two teams from Burnham Grammar are taking part in the First Lego League competition at the Science centre in Winchester, this after nearly three months of working on their robot programming tasks and the project related to the 2016 theme of “Animal Allies”. 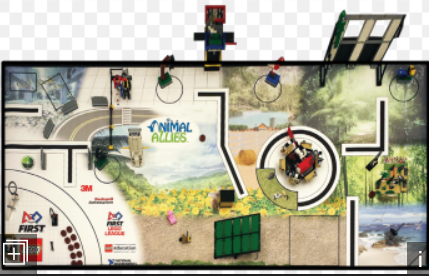 The table tasks and research project form a major part of the competition and these are orientated around thinking of people and animals as allies in the quest to make life better for everyone.

The robot table competition has a number of animal orientated tasks, points given for releasing the robot from a “safe area” (where you are allowed to start the program) to do various tasks autonomously (points lost for picking up the robot outside the safe area).

The project is to come up an innovative solution to a selected animal-human challenged interaction.

We had our BGS onsite competition on November 30 and two teams have been selected to represent BGS on competition - the rest of science club are coming to support our teams on the day.

ALL THE BEST BGS!